A green circular top of descent (TOD) marker and “TOD” label are drawn on the map when flying “on-path” along the FMS flight plan, giving a clear visual cue when it is appropriate to begin the enroute descent. • TOD is based on the vertical constraint associated with a downpath waypoint. (500fpm by default-editable in user settings) • To generate the TOD feature: - There must be an altitude constraint defined on at least one down-path waypoint at least 50’ below present altitude - There must be a valid GPS MSL Altitude or Baro Altitude - The aircraft is less than 2nm from the active leg centerline - Aircraft course is within 45 degrees of Desired Track (DTK) • TOD function is not available on any waypoint of an approach past the Final Approach Fix (FAF), or in holds, or procedures turns.

In this example we are enroute at 10,000 ft and want to cross GTH at 7,400. We have programmed 7,400 ft into the altitude constraint window of the GTH waypoint on the FMS. 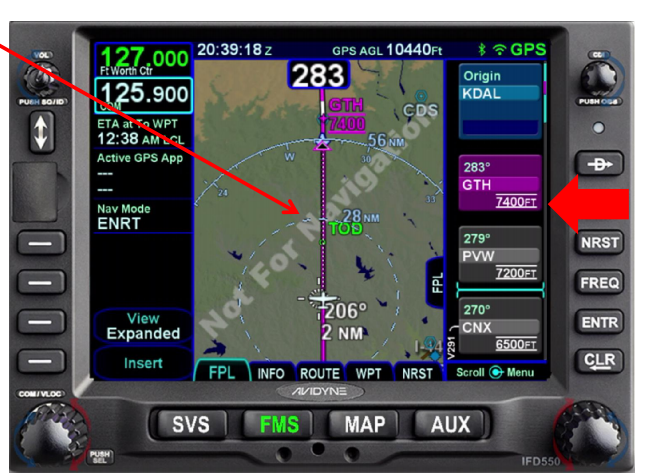 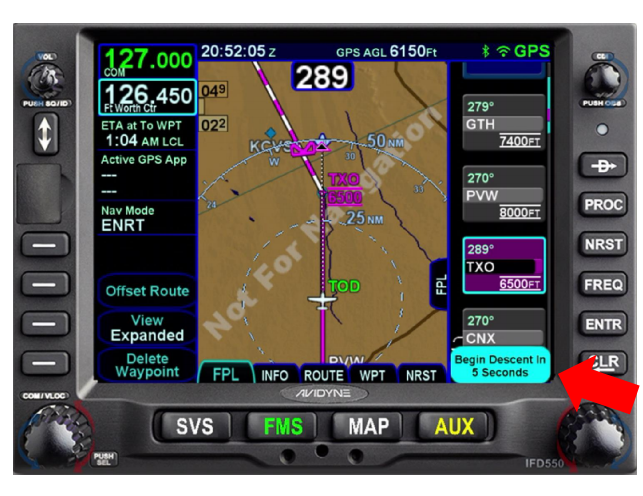 The FMS uses a default of 500 feet per minute descent rate • Descent Rate can be edited on the AUX→Setup→FMS Setup page • Keep these the same values in dual IFD installations. 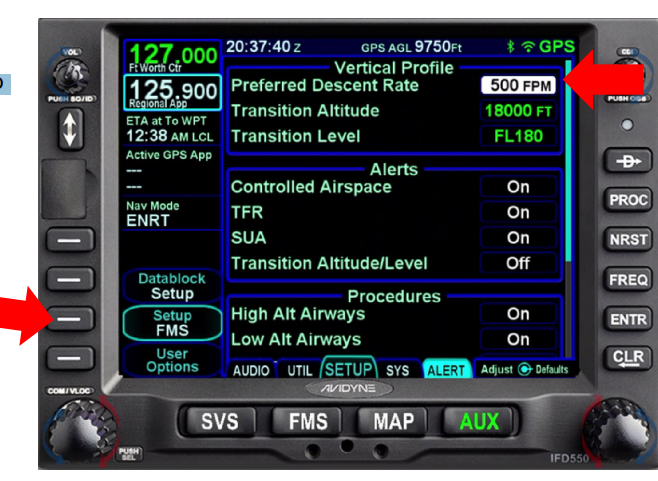 A small green arc (aka “Boeing Banana”) will be drawn on the map that depicts the geographic point where, at the current vertical speed, the aircraft will reach the altitude target. • The altitude target is any crossing restriction on a waypoint that is either manually entered or a part of a procedure. • Green arc will be removed from the map when current aircraft altitude is within 150 feet of the target altitude. 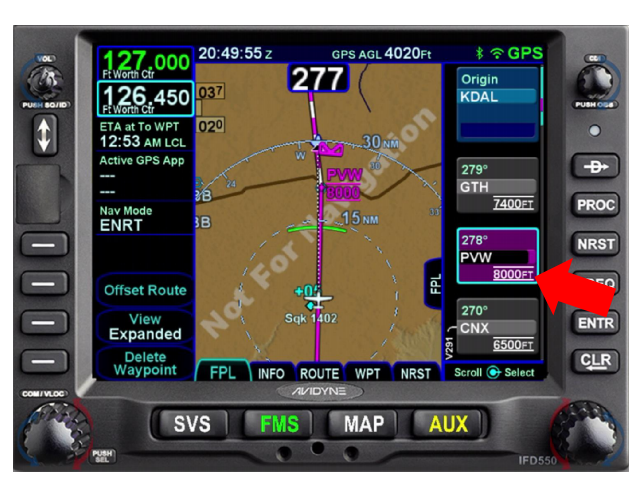