VSR Differences Between IFD5XX/4XX and IFD100

Vertical Speed Required or VSR is a programmable data block on the IFD5XX/ 4XX FMS and the IFD100 IPAD Application.

With the IFD100 connected to a panel mount IFD via WIFI, there could be certain times where VSR displayed on the panel mounted IFD could be different than the VSR shown in the IFD100 IPAD Application.

The IFD100 IPAD Application will look at Pressure Altitude instead.

The pilot needs to determine how they plan of flying the airplane and utilize consider which Vertical Speed Required reference to utilize.

It is important to note that the differences in indication have been observed to be less than <50 feet and not an aggressive amount of >100 feet for example.

When deciding which information to use between an IPAD Application or Certified Navigation equipment, always default to the Certified Panel Mounted Navigator.

Example of VSR Indication and an Altitude Constraint entered in the flight plan. 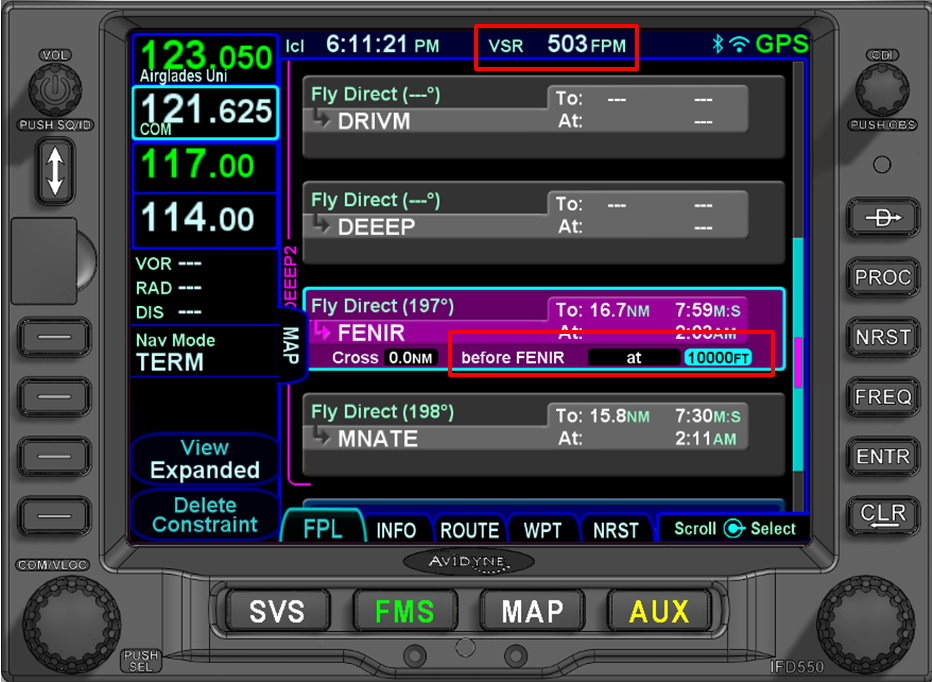